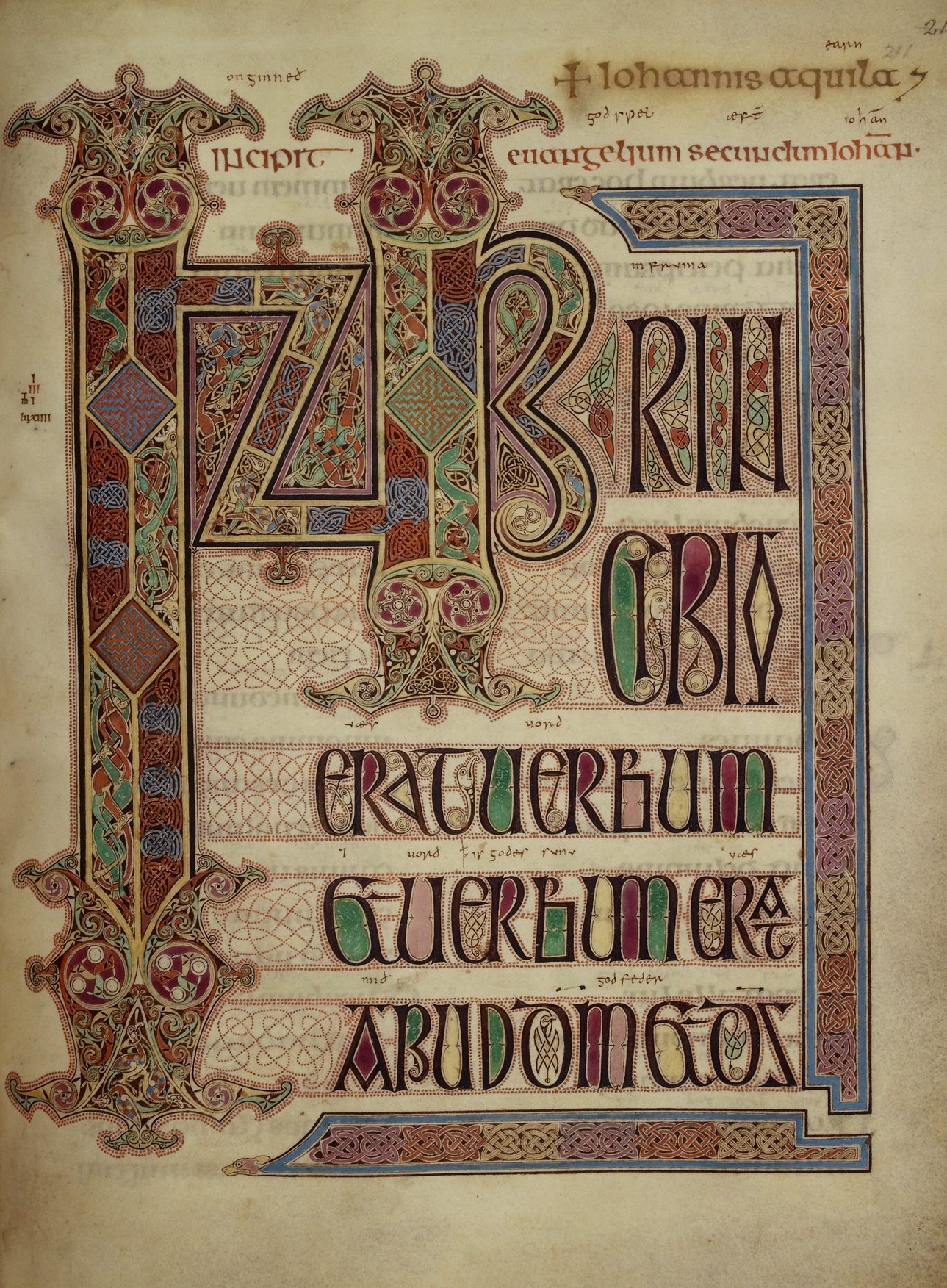 Tickets will go on sale this Sunday (March 20) for Laing Art Gallery’s landmark exhibition for 2022, The Lindisfarne Gospels.

The exhibition will celebrate the most spectacular surviving manuscript from early medieval Britain and feature new work by Turner-Prize winning artist Jeremy Deller, who is also acting as an artistic advisor for the show.

This will be the first time the venerated book, on loan from the British Library, has been displayed in the city since 2000. The exhibition will investigate the meaning of the Lindisfarne Gospels in the world today and explore its relationship with themes of personal, regional, and national identity.  Ambitious in scale the show will take place across three galleries.

The Lindisfarne Gospels exhibition will begin with an immersive digital experience, where visitors will journey back to Lindisfarne during the 8th century. Though remote, the island was perfectly situated on early medieval sea-borne trade routes and enjoyed imports of new ideas, art, cultures and objects. An innovative visual and sensory experience, this new digital interpretation will flow over the gallery walls reflecting the manuscript’s story, its beauty and multicultural influences in an awe-inspiring way.

The second gallery will showcase the Gospels themselves and this display will see early medieval treasures brought together from across Britain, in an exploration of belief and spirituality around the time of the 8th century. This was a period of great change, as Britain slowly transitioned from Paganism to Christianity, and surviving material is extremely rare. Over 20 remarkable objects will be on display, each reflecting the meaning people attached to books, objects and art.

Exhibits will range in scale from small tokens of devotion, including stunning gold jewellery, to fragments of monumental carved stone crosses, which stood up to twenty feet high and marked gathering places for worship. They will represent both personal and collective religious experience in the 8th century, and how sacred objects brought people closer to their relatively new faith. Key loans include grave goods from some of the earliest converts to Christianity, and material from the Staffordshire Hoard.

At the heart of the exhibition, the Lindisfarne Gospels will be shown alongside other illuminated manuscripts, including another significant loan from the British Library – the St Cuthbert Gospel, the oldest intact European book. With their painstakingly elaborate decoration and symbolism, these masterpieces of craftsmanship were a tremendous show of devotion.

The Lindisfarne Gospels will be open at the Gospel of St John, ff. 210v-211. The cross-carpet page and major initial introducing the Gospel of St John are the last major decoration in the manuscript and demonstrate all the different elements of its creator’s decorative vocabulary within a single final tour de force.

In the third gallery, visitors will see how art and spirituality have developed in the centuries since the Lindisfarne Gospels were created. A number of paintings, drawings and photographs will be on loan to the exhibition, reflecting how artists throughout history have represented the spiritual state of their time. They will include Old Master religious works, the Romantic painters who sought spiritual experience through nature, and contemporary artists exploring the deeper questions of life.

Combining works from across different faiths, as well as outside of formal religion, the exhibition will explore themes of spirituality, connection and identity in a way that is relevant to today’s world. A highlight of the exhibition will be a new work by Turner-Prize winning artist Jeremy Deller.

Julie Milne, Chief Curator of Art Galleries, Tyne & Wear Archives & Museums, said: “It is exhilarating that the exhibition is starting to take shape and we can talk in more detail about what people will be able to see and experience.

“The Lindisfarne Gospels are such an important part of our region’s history and heritage that it’s a privilege to be able to exhibit them and build an exhibition around them. We’re absolutely delighted to be working with Jeremy Deller and having his artistic input to help shape the exhibition experience.

“We are very happy to have the new Ad Gefrin Visitor Experience and Distillery as our Headline Sponsor as there is an obvious synergy with us both highlighting the rich history of Northumberland during the Anglo-Saxon period.

“We’re anticipating that this will be a very popular exhibition, so I’d urge people to book their tickets as early as possible.”

The exhibition is sponsored by Ad Gefrin Visitor Experience and Distillery, which will open in Wooler in autumn 2022 and brings to life the hidden history of the 7th Century Anglo Saxon royal summer palace of the Northumbrian Kings and Queens discovered at Yeavering only four miles away – one of the 20th century’s most remarkable archaeological finds.

Alan and Eileen Ferguson, co-founders of Ad Gefrin, are delighted that Ad Gefrin is headline sponsor in what is a momentous year, “Ours is an extraordinarily rich heritage. Ad Gefrin will offer the chance for an intimate journey into the time that inspires us – a time when peoples from all corners of the world travelled to the Northumbrian court to exchange ideas, share stories, gift precious stones, metals, and embroideries. This is the culture that spawned the Lindisfarne Gospels some 60 years later.

“It seems absolutely fitting to support the return of the Lindisfarne Gospels to the North East, to celebrate their sophisticated artistry and the wealth of learning that they represent, and to reflect on the importance of the culture they came from in our lives today – a time when leaders were celebrated for their generosity not their wealth; women were equal in the eyes of the law, and diversity was embraced with a timeless hospitality.”

The Laing Art Gallery is also grateful for support from The North of Tyne Combined Authority (NTCA), The Headley Trust and sponsors, Fergusons and Tyne and Wear Metro.

Tickets will be available via www.laingartgallery.org.uk