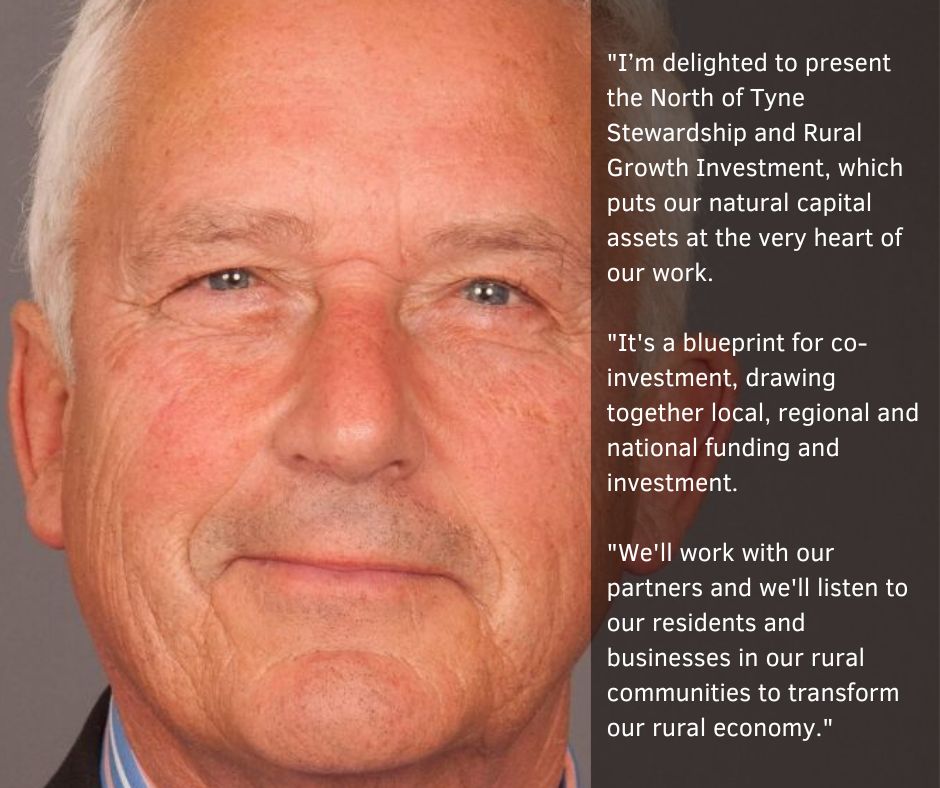 Rural Northumberland has been promised “big money” investment under ambitious plans to create jobs, boost infrastructure and protect the environment.

North of Tyne Cabinet Member for Culture, Creative and Rural and Leader of Northumberland County Council Cllr Glen Sanderson said the commitment was a “great step forward” and would be used to fund a range of projects across the county that would invest in natural assets, safeguard the environment, improve livelihoods and boost the region’s food security. He added: “It is always one thing to say something, but if you say something and then put big money into it as well that encapsulates our determination and ambition.”

North of Tyne mayor Jamie Driscoll pledged that the financial support would extend beyond the traditional farming and tourism industries associated with rural areas – and said he hoped for “barrel loads” of private investment to back up the NTCA’s plans.

He added: “That is really quite significant if you consider the size of our budget. And it is about doing what we always do, levering in barrel loads of extra money from other people because it is all about creating prosperity for our people.”

An investment plan is due to launch in 2023 with an initial £6m for its first two years, coming from North of Tyne money, the UK Shared Prosperity Fund, and the Rural England Prosperity Fund. The NTCA says it also plans to put in another £3m between 2025 and 2028.

It adds: “Now is the perfect time for rural Northumberland to step forward to address the challenges of our age. We believe passionately it is both possible and necessary to grow the economy and improve wealth and opportunity by investing in natural assets, enhancing and safeguarding the environment, nature and human wellbeing as the economy grows. This imperative lies at the heart of our Investment Plan.”