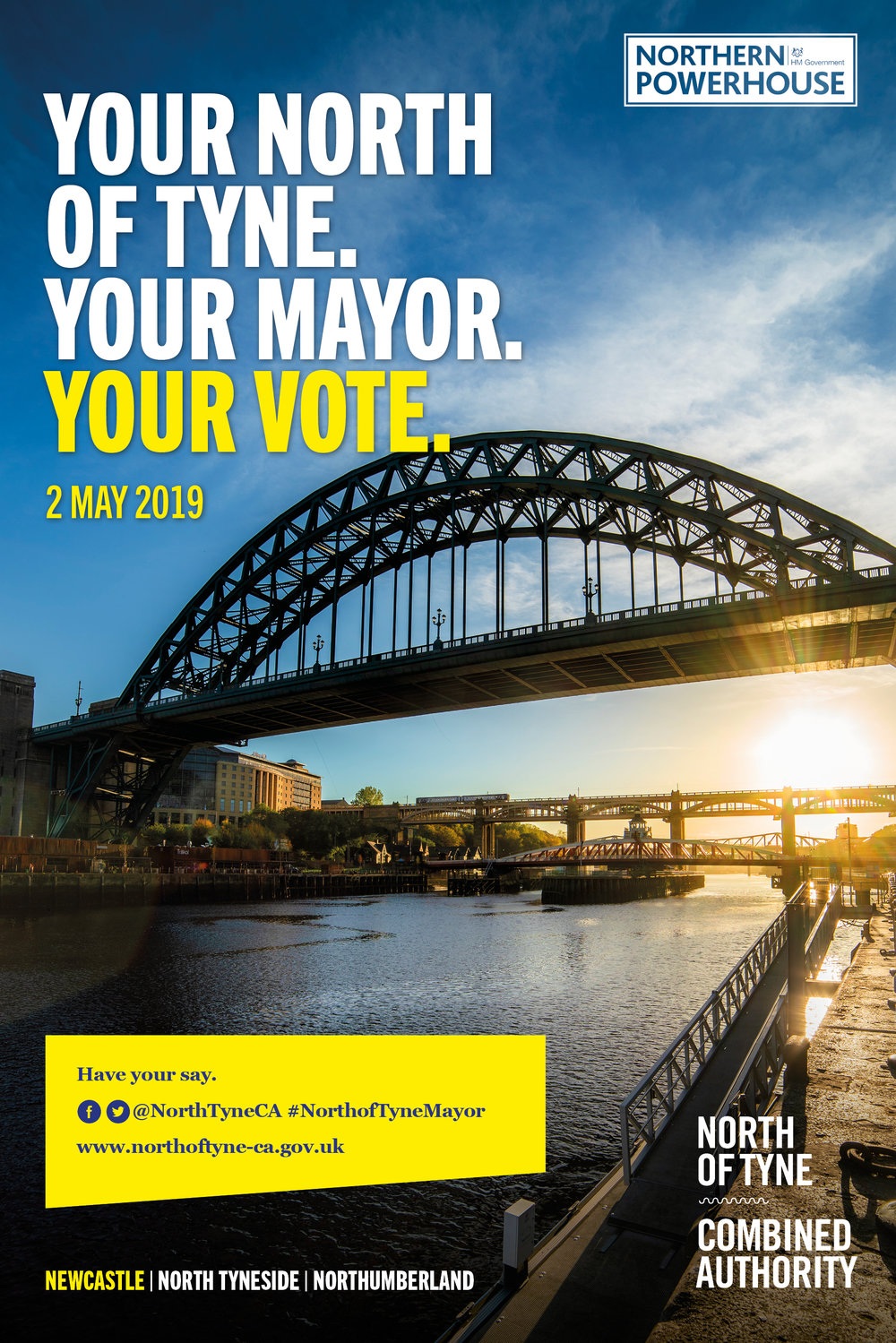 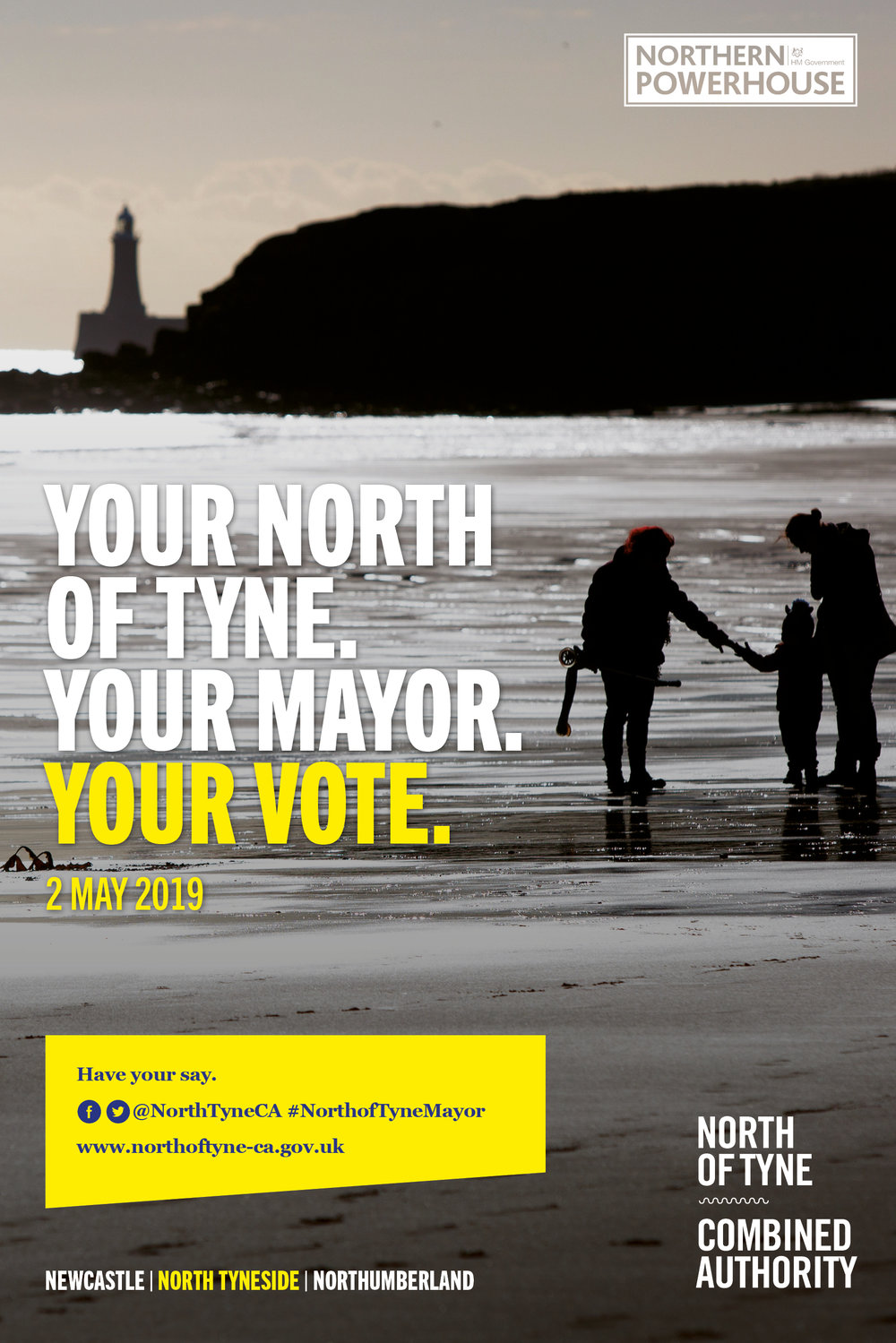 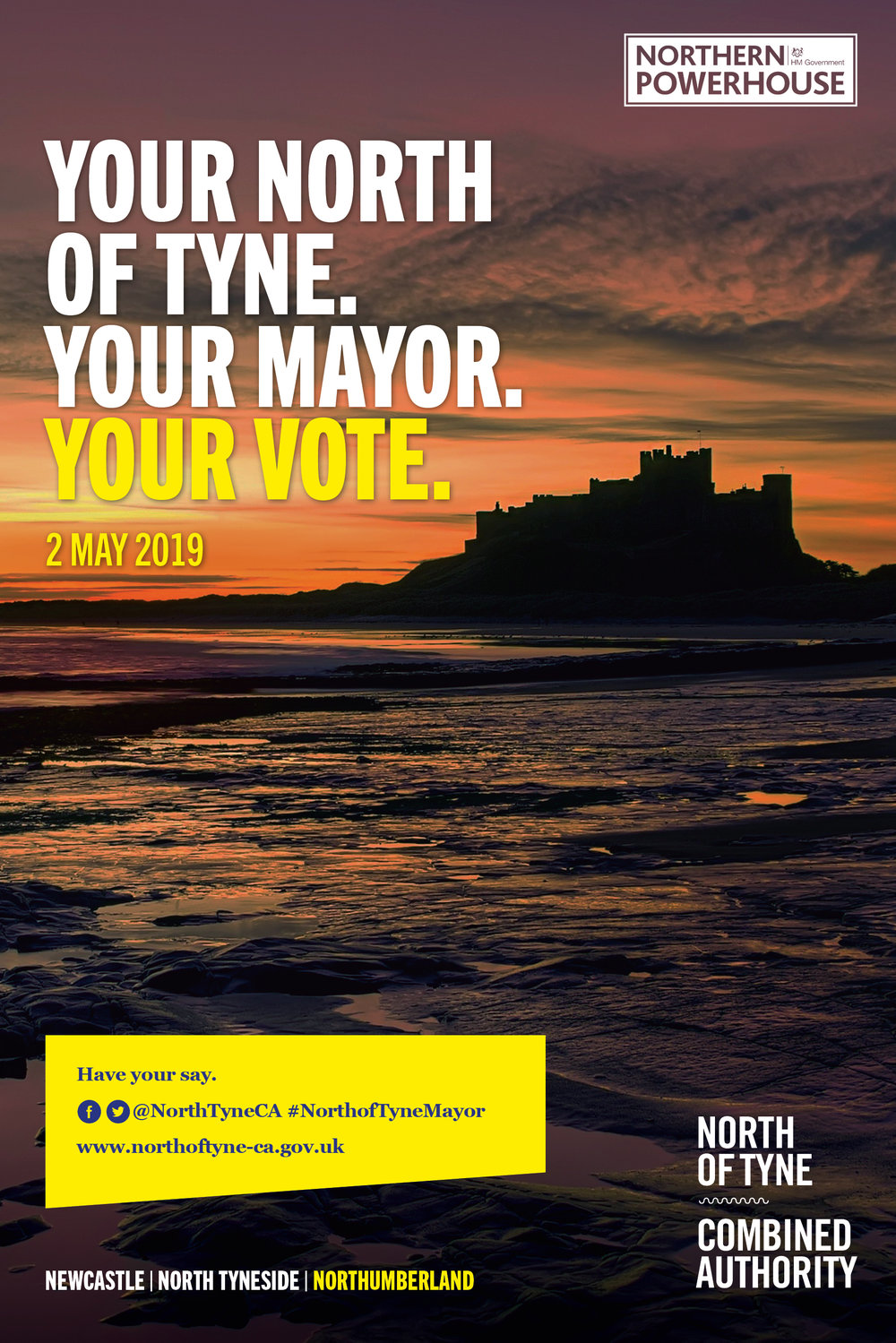 A campaign to raise public awareness of the North of Tyne Combined Authority mayoral election and encourage people to register to vote begins today (March 11).

Residents in Newcastle, North Tyneside and Northumberland, the 3 councils which make up the region, will see the campaign giving them information on the election and how to vote.

The campaign will use visuals running across social media, radio advertisements and posters at numerous locations.

Similar awareness campaigns ran across the UK ahead of previous mayoral elections in Greater Manchester, Liverpool, Tees Valley and Sheffield.

The campaign will end on 7 April with the election taking place on 2 May 2019.

Northern Powerhouse, Devolution and Local Growth Minister, Jake Berry, MP said: “The government is committed to fulfilling an ambitious devolution agenda that transfers power away from London to local areas which means that regions should be led by locally elected leaders who act for their communities.

”I urge people to ensure their voices are heard in the upcoming North of Tyne Combined Authority mayoral elections on 2 May 2019.”

“It is important that all residents in Newcastle, North Tyneside and Northumberland make sure they are registered and able to vote in the election of a North of Tyne Combined Authority Mayor on 2 May 2019.”

Helping the 'leaders of tomorrow'