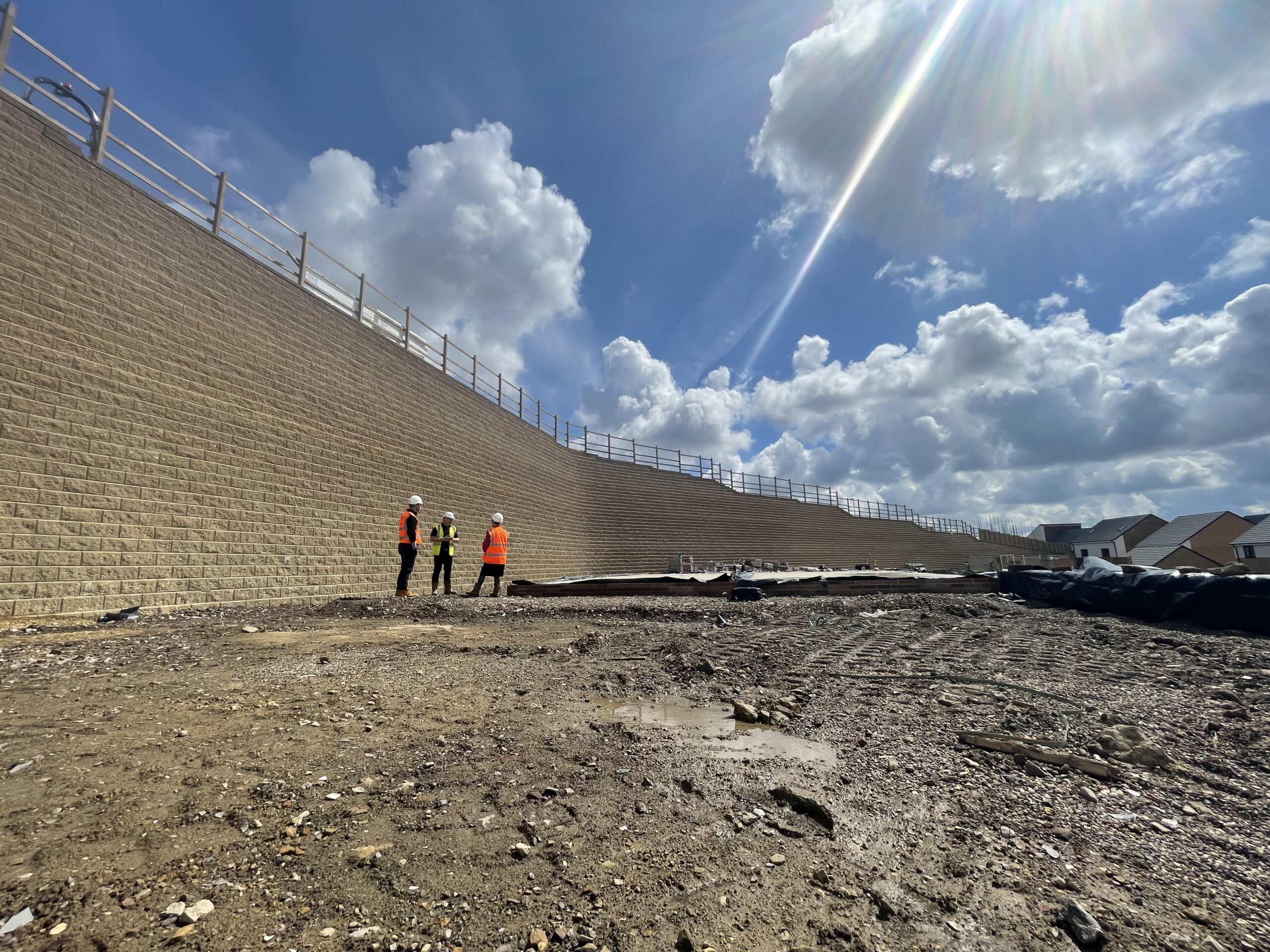 Grant funding of £4.6m will support the construction of an additional 231 homes at The Rise, Scotswood, Newcastle.

The investment – from The North of Tyne Combined Authority (The NTCA) – forms part of its £32m Brownfield Housing Programme, which is regenerating brownfield sites and unused pockets of land across Newcastle, Northumberland and North Tyneside.

It is the second grant allocated from The NTCA to New Tyne West Development Company’s (NTWDC) popular regeneration scheme, which previously received £2.9m to support an uplift in construction on the second phase of its development programme.

A partnership between Newcastle City Council and Keepmoat Homes, NTWDC was established in 2011 to regenerate a 79 acre site in the west end of the city.

Since building began at The Rise in 2013, the partnership has delivered almost 500 homes – 439 for private sale and the remainder for affordable rent and shared ownership.

North of Tyne Combined Authority deputy mayor, Norma Redfearn CBE, who is the cabinet member for Housing, Land and Development welcomed the news.

She said: “By using £4.6m of North of Tyne Funding we’re helping to build another 231 houses at this already popular development, The Rise.

“This means an extra 231 homes for our families, in a thriving neighbourhood and with great connections to the whole region.

“The investment will help create and secure jobs and mean more money in our local communities, much like we already have in North Tyneside and Northumberland. It is all part of the Combined Authorities’ approach to enabling our region to unlock its potential.”

Lee McGray, director of NTWDC, said: “The Rise is a flagship project in the North East, so it a real boost to the development to secure funding which will help support works on some of the infrastructure required to create these news homes – including retaining walls and works to highways.

“Together with the jobs, training opportunities and community support initiatives we’ve provided in the area, The Rise is breathing new life into this vibrant part of the city.”

NTWDC has improved access to employment, created 18 apprenticeship roles, safeguarded over 1000 jobs and backed a number of school and non-development apprenticeships projects.

Alongside this, local community and charity groups have benefitted from up to £75,000 each year from a fund set up by the partnership, to support a range of educational, art and environmental initiatives, celebrating the area’s history.

Newcastle City Council’s Cabinet Member for a Dynamic City, with responsibility for housing, Cllr Irim Ali, said: “Newcastle is a growing city which like many other cities has a shortage of housing. It’s critically important that if we are to continue to grow, we build more housing to suit all pockets.

“I welcome this latest round of investment in the West End. Apart from new homes it will help train young people in construction skills that will give them job opportunities and the chance to get on in life which is just as important for social regeneration.”

When completed, The Rise will comprise around 1,800 homes with its own district heating system – already in place – and a neighbourhood centre, including community, retail and health provision space.

Keepmoat Homes has, in recent years, been one of the busiest private developers in Newcastle. Along with ventures in Glasgow, Edinburgh, Sheffield and Northfleet on the River Thames, The Rise is now one of the company’s key flagship projects.