How data science is helping a charity fight hunger in Newcastle

Data scientists are helping a Newcastle charity find better ways to feed the hungry, thanks to new investment by the North of Tyne Combined Authority.

In partnership with Newcastle University, the North of Tyne Combined Authority (NTCA) paid for scientists from the National Innovation Centre for Data (NICD) to work with Newcastle West End Foodbank to discover exactly who was using the foodbank, where they were from, and what was their need.

The information gathered could revolutionise the way the foodbank and other organisations in Newcastle, North Tyneside and Northumberland deliver services and plan for the future.

“This is about using big data to help a small organisation help a lot of people,” Mayor Driscoll said.

“It involved analysing thousands of food bank vouchers to see the way in which the foodbank was helping, and where things could improve.

“But it doesn’t stop there. The information gathered will help other organisations in the North of Tyne working to help those in need.

“Businesses, big, public sector organisations and charities are all sitting on a wealth of data that, if properly exploited, could transform the way they work,” Mayor Driscoll said.

“I’m so pleased to see this work done in partnership between Newcastle University, the foodbank – in my old stomping ground as a city councillor – and the combined authority.

“It’s all about working together to make sure those that most need help get the help they most need.”

Supported by Newcastle City Council but run by volunteers and relying on donations from the public, NWE Foodbank provides three days of nutritionally balanced, emergency food to people in crisis who are referred by other agencies.

Set up in 2013 by a small group of volunteers from the Church of the Venerable Bede in Benwell, it is part of a nationwide network of food banks supported by the Trussell Trust charity, that works to combat poverty and hunger across the UK.

Between April 2020 and March this year, the NICD team of data scientists worked to analyse data from food vouchers given out to tens of thousands of people by around 150 agencies, ranging from the Citizens’ Advice Bureau to doctor’s surgeries, community centres and churches.

They used the data to understand who was using the Foodbank, any change in the way it has been used during the Covid-19 pandemic, and what had driven people there.

It revealed a rise of 49% in the number of vouchers fulfilled by the food bank in 2020 compared to the previous year.

And it showed that during the pandemic unemployment and low incomes had overtaken benefit changes as the main reason people used the food bank.

“Keeping things going has grown into a major undertaking.

“With the number of people needing help as well as the volume and value of food provided on the rise, we need to ensure we’re working as efficiently as possible. That’s where NICD and the combined authority came in.

“The data showed there had been a change in the categories of people using the service.

“In the early days of lockdown we started to see people who couldn’t get access to food as a result of the lockdown.

“But also, there was a category of people who had become unemployed as a result of losing their jobs through lockdown.  This is something we hadn’t seen before.

“We could see a change in pattern of people using the service, which was helpful because we were able to offer those people broader support.”

The collaborative nature of the project meant the NICD and NWE Foodbank teams learned from each other, leaving a lasting legacy.

Now the foodbank team will share the lessons learned with other organisations.

“We knew we had a lot of raw data and we wanted to use it to better understand the clients that are using our services, to see what their needs are and maybe adapt to better support them,” John said.

“It told us our current food banks are in the right areas but we’re also looking at where other areas of need exist.

“And we’re looking at who else is supporting people in need and how we can best work with the council and its Active Inclusion Unit.

“So partly the research was about helping to find our niche, so that we’re not replicating or competing with other services, but also that our service is complementary to both the public sector and to other charities.

“The food and finances we have are donated in good faith by the public and we want to make sure that the people who are most in need feel the benefit,” John said.

“We know that Big Data is going to be one of the things that transforms our world for the future.

“That’s why the North of Tyne Combined Authority is investing £1.6 million, alongside investment from the University and from government to make sure that the facility on our doorstep here isn’t just a fantastic facility for our city and our country, but that we can use it to shape a new world and how we use data to drive innovation, productivity, jobs and prosperity.

“The combined authority is at the heart of this by investing in this fantastic facility.”

NICD Data Scientist Antonia Kontaratou said it was a privilege to have been involved.

She said: “West End Foodbank and the volunteers offer a lot in the region.

“It is really important that the National Innovation Centre for Data is involved in an initiative that aims to tackle problems related to social inequalities and deprivation.”

NICD Data Scientist Louise Braithwaite said: “The interesting thing for the food bank is that they have insight and ideas of what they could use the data for.

“Potentially, there are operational decisions that they could make with that information.

“We might need to consider how we analyse this data regularly to see how things are changing and there could be an opportunity to use the data for funding applications, for advocacy and talking about the work they are doing.

“Just the fact that they know there is more information there that they can use to help their organisation and the people who are using the food bank is helpful to them.”

The data showed that while using the food bank was supposed to be an emergency stopgap measure, some users attended regularly over time.  This was something they keen to understand better. 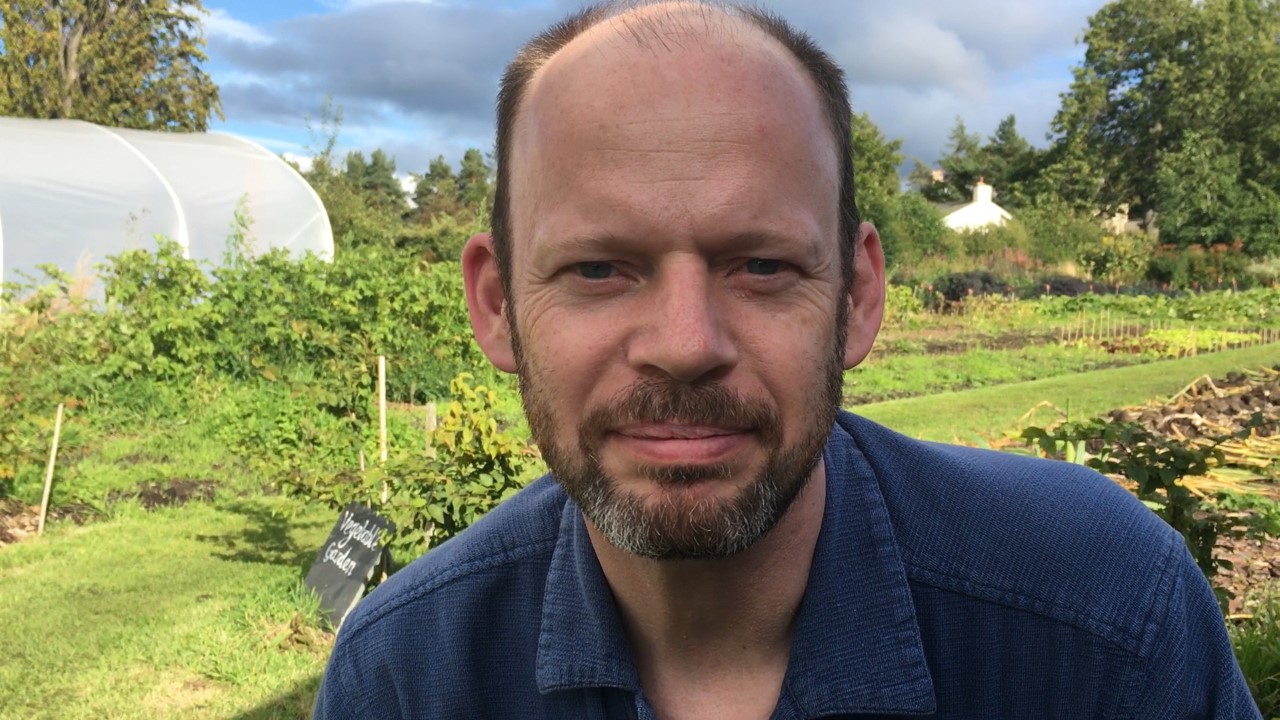 In partnership with Newcastle University, The North of Tyne Combined Authority (NTCA) has made a significant investment in the availability of data science skills through the National Innovation Centre for Data (NICD), ensuring data skills are available to businesses and other organisations in Newcastle, Northumberland and North Tyneside.

The NTCA investment reduces the cost barriers to accessing these skills, which can often be prohibitive for small businesses.

NICD, using NTCA funding, conducted this project on a pro-bono basis with no financial contribution collected from the NWE Foodbank.

The collaborative nature of projects mean that a key outcome is the transfer of skills and knowledge between the NICD staff and the team in the organisation sponsoring the project – leaving a lasting legacy.

The effective use of data is proven to aid innovation and economic growth.  It can improve how organisations make decisions, deliver services, and prepare for the future.

NTCA is encouraging organisations to engage with NICD and explore how data science can help them unlock the insight in their own data.

To find out how NICD can help you harness the power of your data, contact nicd@newcastle.ac.uk

Find out how the West End Food Bank is helping local people in crisis and how you could support their efforts (https://newcastlewestend.foodbank.org.uk)