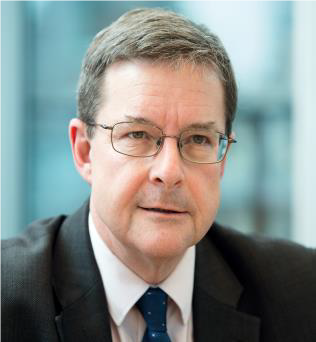 John Godfrey was educated at Lochaber High School and Oxford University, and has worked for financial institutions, including Japanese, US and German banks for over thirty years.

He joined Legal & General Group Plc in 2006, subsequently becoming Corporate Affairs Director. In this role he is responsible for the company’s communications with a wide range of public and private sector stakeholders, for Legal & General’s engagement with public policy issue and social responsibility, and for providing strategic advice on these topics to the CEO and Group Board. He is a member of the Group Executive Committee.

In 2016 he left Legal & General to work for government as Head of the Prime Minister’s Policy Unit, where he managed a team covering the breadth of domestic policy, and took a particular personal interest in advice on housing, industrial strategy, corporate governance and intergenerational issues. He subsequently re-joined Legal & General in autumn 2017. He has been a charitable trustee in the field of mental health, and serves on the advisory council of two think tanks.”